In order to get the best performance out of your Monnit WIT Wireless Sensors, it is important to note proper antenna orientation and sensor positioning. Antennas should all be oriented in the same direction, pointing vertically out of the sensor. If the sensor is mounted flat on it’s back on a horizontal surface, you should bend the antenna as close to the sensor housing as possible giving you the most amount of antenna pointing vertical. You should make the antenna wire as straight as possible, avoiding any kinks and curving of the wire.

Antennas should all be pointing vertically and devices should be at least 3 feet apart. 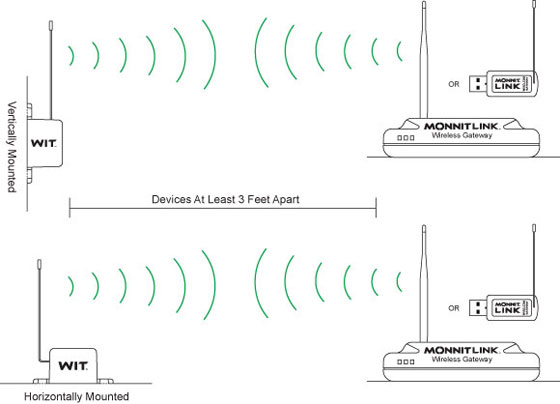 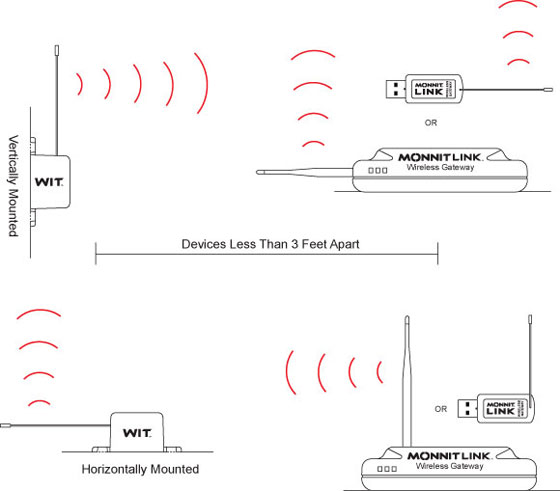 Sensors should not be mounted high with wireless gateways mounted low. Also, avoid positioning sensors or gateways on the floor.