Poll Intervals are an important configuration for the desired operation of Add-On Devices such as Control Units and Local Alerts. The process of Polling allows your Add-On Devices to respond to commands or input with a desired response-time.

Note: If the Poll Rate is set to 0, the gateway will Poll the Monnit software on the gateway’s Heartbeat. 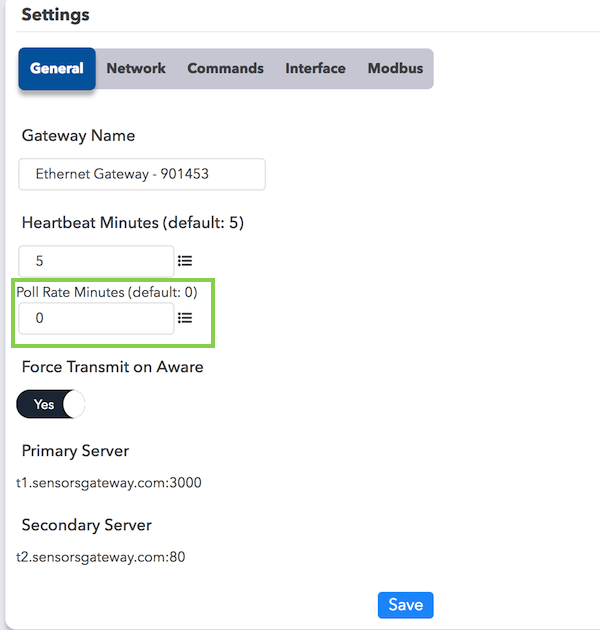 The Add-On device’s Poll Rate can be found under the sensor’s Settings > Poll Interval. 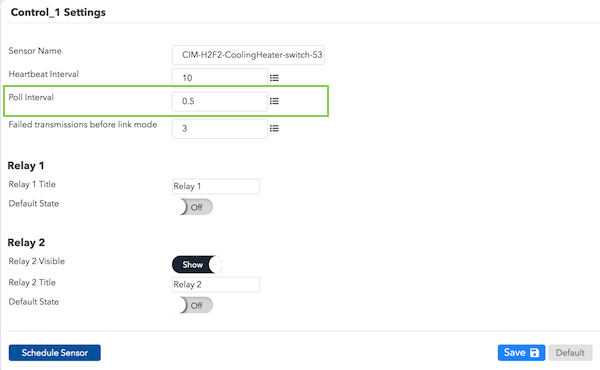 (Control Unit last checked with a standard Heartbeat at 5:04:30 PM)

Understanding Poll Intervals is critical to getting the expected response time for your Add-On devices such as Control Units and Local Alerts. If you have additional inquiries regarding the operation of Poll Intervals, feel free to contact Monnit Support.